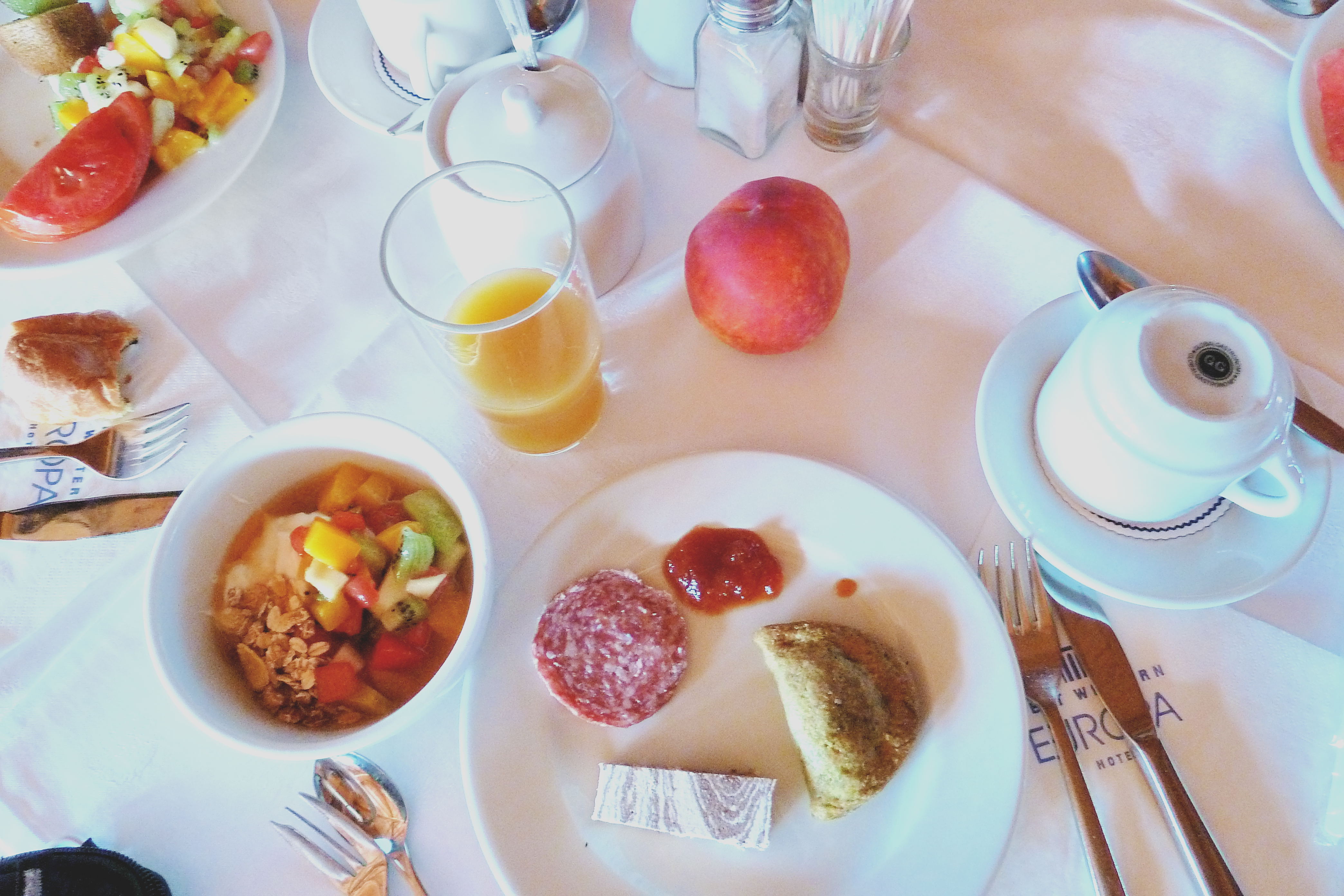 Breakfast buffet at the hotel. As usual, my plate is a hodgepodge of random items. We stopped at a museum before driving up the treacherous hills to Delphi. 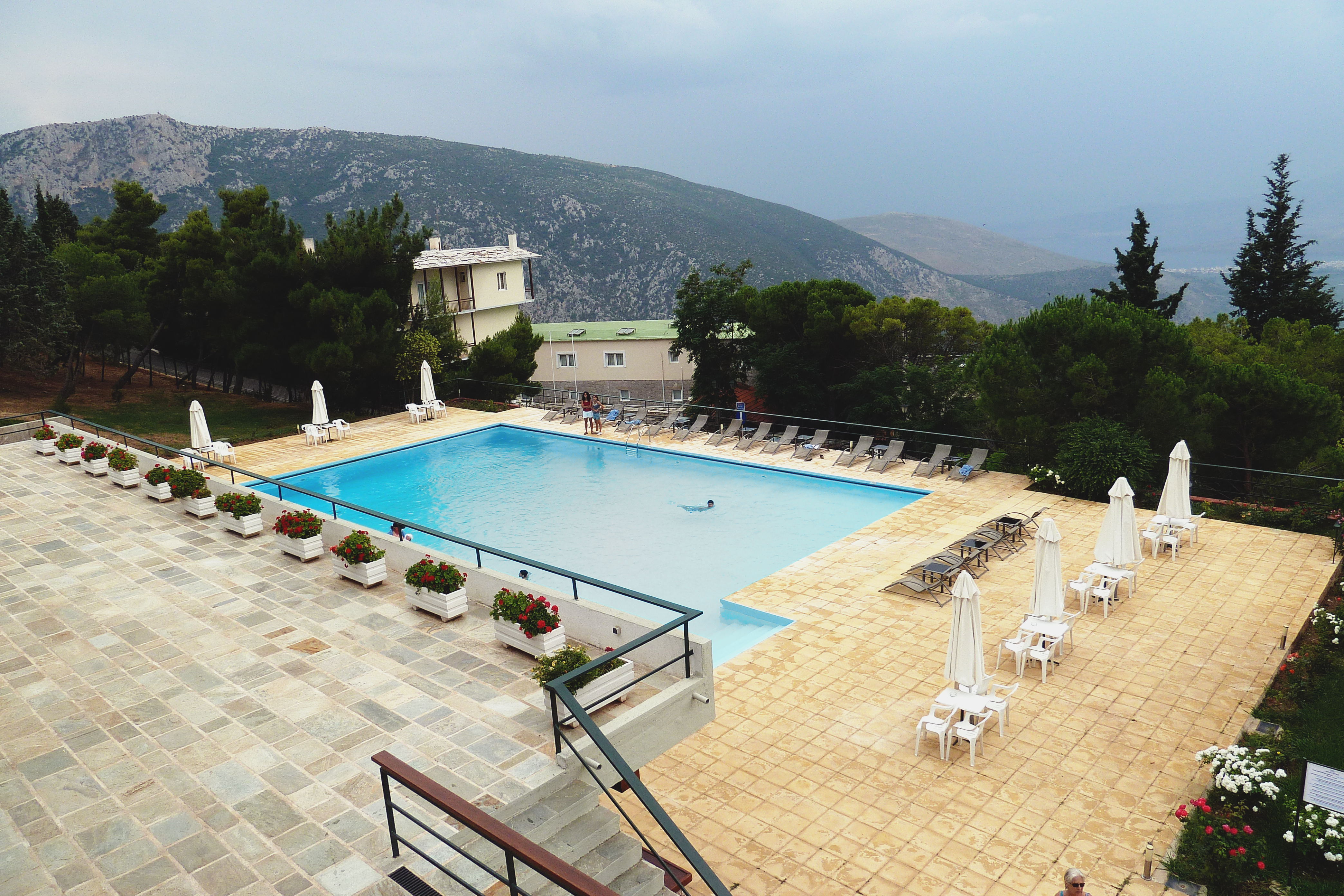 The beautiful pool for the hotel, taken from the balcony in Delphi. You really feel like you’re in the heavens when you’re here.

The bus drivers in Greece are amazing; Delphi’s streets are probably wide enough to only allow a small car to pass through (one way). Yet Dimitri (our bus driver) was able to maneuver the tour bus so skillfully that he didn’t even scrape any of the buildings en route to our hotel. Apparently the “test” for all the chartered tour bus drivers in Greece is be able to drive the bus through Delphi without 1) killing anyone 2) falling off the cliffs 3) knocking any fixtures off the buildings. There were several times where everyone in the bus was gasping because we thought he was going to hit the side of the building but he never did.